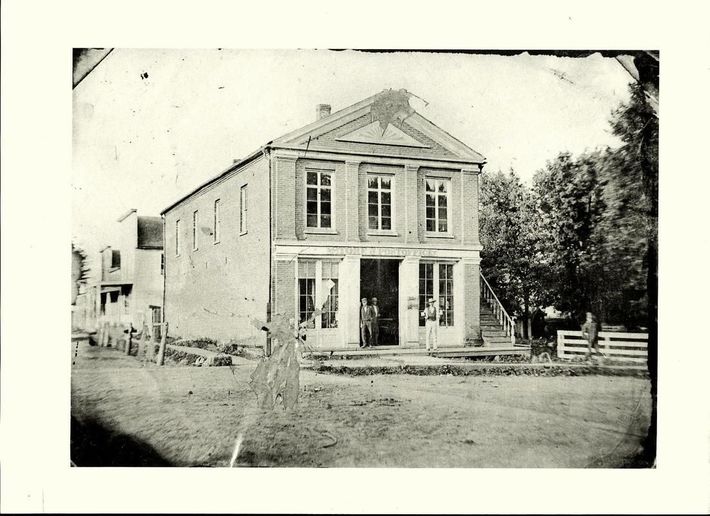 History of the Colony Store

The building is a direct example of the Greek Revival style and boasts 2 1/2 stories with a full brick basement; however, only the main floor is open to the public. Brick piers extend through the second floor where there are three casement windows giving it the character of a Swedish building.

After the colony broke up in 1861, the store continued to operate for almost another 100 years. However, due to years of neglect the southwest corner collapsed in April of 1969. It was after this event that the building was purchased by the newly formed Bishop Hill Heritage Association. After several years of an extensive restoration project, the Colony Store was reopened on May 25, 1975. Counters, shelving and other display fixtures from the original store were retained.
Today, the Colony Store is owned and operated by the Bishop Hill Heritage Association (BHHA) to help support restoration of buildings owned by BHHA.
You can find our products in the online store, or even better yet pay us a visit in person at 101 West Main Street.